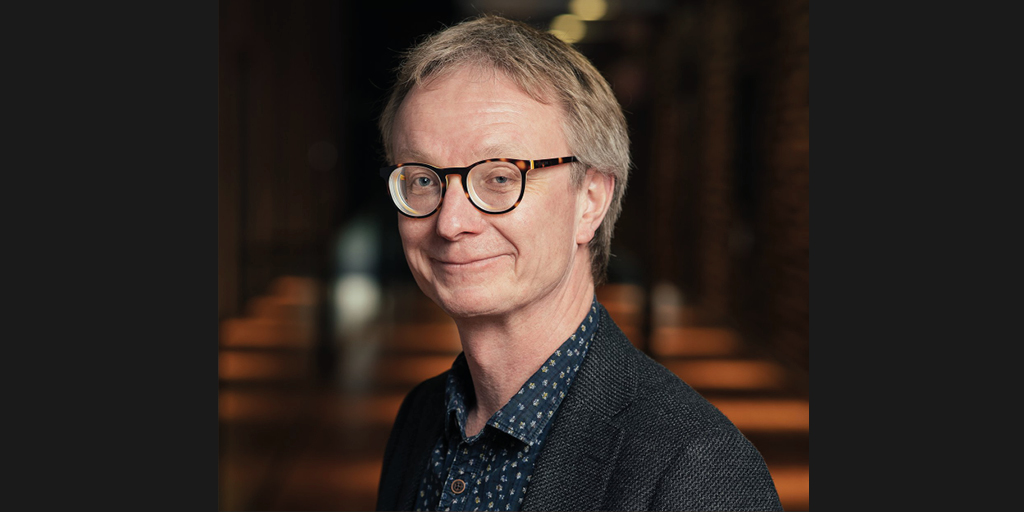 Ville Urponen is one of the best known Finnish organists. He graduated from the soloist programme at Sibelius Academy with a diploma in both organ and piano. He studied organ with Professor Kari Jussila and piano with Meri Louhos. Urponen also studied organ at the Sweelinck Conservatorium under Professor Jacques van Oortmerssen. Urponen received his Master of Music degree from the Sibelius Academy soloist department in 1996 and completed the Doctor of Music in the Academy’s Doctoral Programme in Arts in 2009.

Urponen has performed in a number of European countries as well as in Japan, South Korea, China and Russia. He has given performances at several major music festivals in Finland and abroad. Urponen has played as a soloist in a number of Finnish orchestras as well as Moscow Chamber Orchestra, and he is also a renowned accompanist who works regularly with the most prominent Finnish vocalists, instrumentalists and choirs.

Urponen has recorded a number of solo albums. The most recent ones feature the first volume of organ music of Johann Sebastian Bach and two CD´s of Finnish Organ Transcriptions. In addition to solo recordings, he has contributed to over dozen albums as an accompanist and an orchestral player. Urponen regularly records for the Finnish Broadcasting Company (YLE), and he has performed on television and radio in several countries.

His recordings and concerts have received excellent reviews in international press. For example the reviewer of January 2016 edition of American Organist wrote that “Ville Urponen is an organist of superb artistry and splendid technical ability, equal to many finest in Western Europe and North America.”

In recent years, Urponen has researched and played a lot of Finnish organ music but Urponen also actively performs contemporary music, having premiered over twenty new works and given Finnish premieres of a number of contemporary works. In summer 2012 Urponen played all Johann Sebastian Bach´s organ works in Helsinki.

Ville Urponen works as an assistant professor of organ music at Sibelius Academy. He has given master classes in several European countries and also in Russia, China and South Korea. He is the artistic director of the Turku International Organ Festival, and served from 2002-2009 as the chairman of Organum, the oldest organ music society in the Nordic countries. Urponen has also acted as a jury member on several international organ competitions.

In summer 2020 Urponen performed at Leipzig Thomaskirche as a part of “BachOrgelFestival” that celebrated the 20th anniversary of Woehl organ at Thomaskirche.

From here to the Concert